What's on your mind?

Hey, I'm Nebz. If you need any higher quality Archie Sonic scans, hit me up!

I sure got 'em! FOR EXAMPLE! 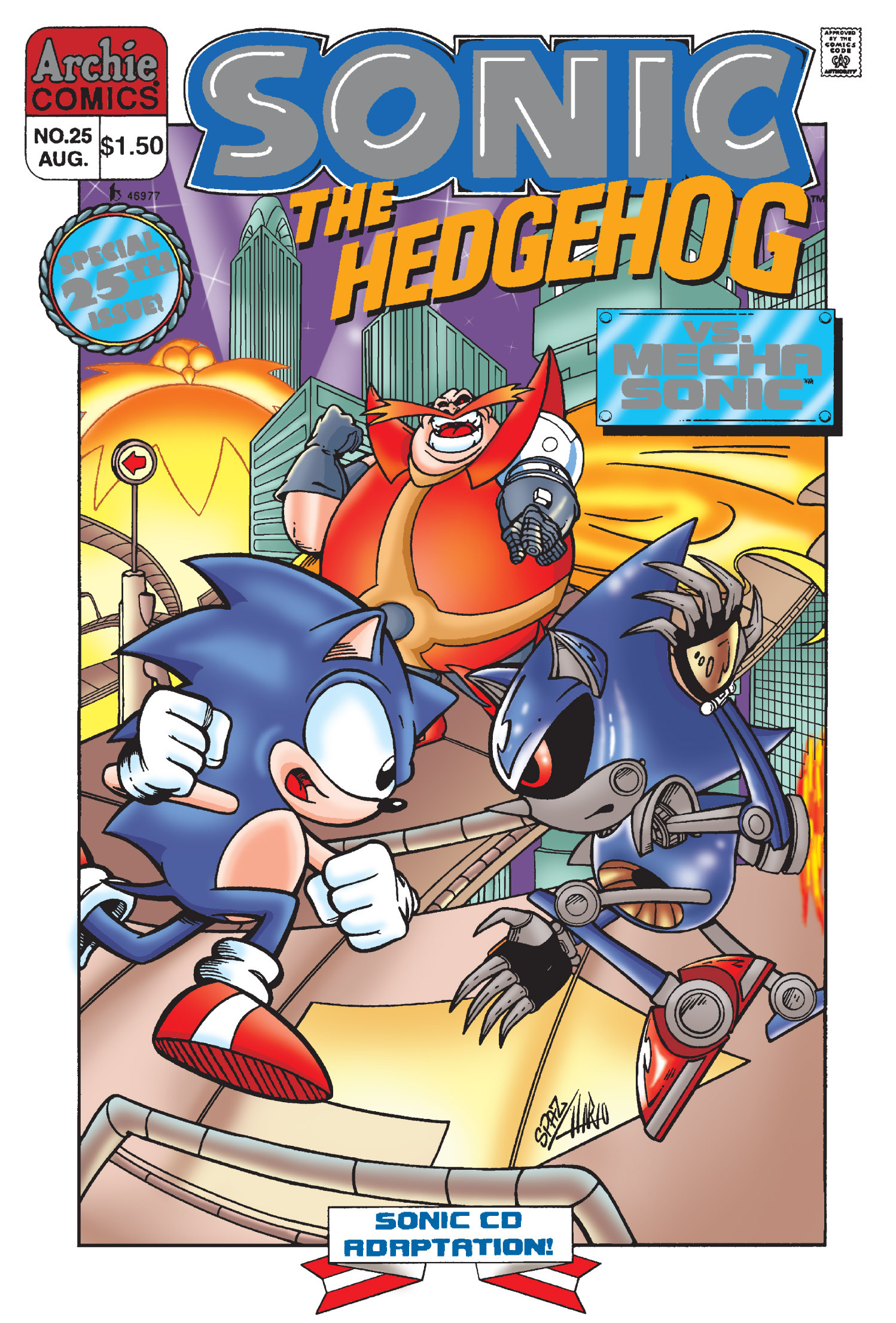 This cover for Issue 25 by Spaz and Harvo.

1. Due to his rivals Topaz and Rogue getting better assignments.

3. The headshape and glasses in the silhouette.

The Refunctional Babayrolon Xyronidai Kimirandiea Facility (RBXKF FOR SHORT) was known to be a battle ship, but it also was a facility and the home of Mirana.

After being attacked by Mobius Air Facility(MAF FOR SHORT), Mirana was killed by a MAF soldier the same time Maria died by a GUN soldier.

I'm starting to think that both the MAF and the RBXKF space departures still exist now in 2020.

A: They no longer exist due to the attack

B: They do exist, they just don't use them anymore

C: They were both removed from existence after the attack of MAF.

User:Yes I will bring it in tomorrow morning if I can have a few minutes

Wiz: Sonic, in his base form, really didn't stand a chance against Wally. Sure, he did seem to survive being launched eight hundred forty-nine thousand lightyears into an alien planet by a black hole imploding. However, considering he's been knocked out by far less, black holes are already imploding stars, and it seems some snow also inexplicably survived the trip, it's probably more likely the black hole acted as a sort of wormhole in its last moments, and sent Sonic directly there. But if we assume Sonic was indeed blasted through space, a black hole's last moment usually results in an abrupt detonation equivalent to five trillion tons of TNT. Impressive, but the Infinite Mass Punch could still deliver over two quadrillion times more power.

Boomstick: He had every counter he needed, too. The speed steal wouldn't stop Super Sonic, but Wally still got that stolen speed for himself.

Wiz: Super and Ultra Sonic were, essentially, batteries of unlimited kinetic energy Wally could pull from. Even with their speeds being incalculable, this meant Wally could ensure he was faster. Plus, Wally performed a lot more of those incalculable speed feats than Sonic ever did, so he technically held an experience advantage in that field.

Boomstick: Chaos wish power would be an insta-win against basically anybody, but chaos magic uses physical energy, and guess what? Wally could phase through reality-warping energy.

Wiz: And jump through time, or vibrate to a higher spatial dimension to avoid Sonic altogether. Even though he had no way to take down Sonic's super forms, Wally has proven capable of effortlessly moving and vibrating at top speeds for days on end.

Boomstick: So, it wasn't too hard for him to just wait out the super forms and strike at the first good opportunity.

Wiz: And when it came to Ultra Sonic's ability to alter atomic structures, Wally possessed perfect control over his own individual molecules.

Boomstick: But hey, Sonic's the embodiment of chaos. Fate

automatically bends to him, or whatever.

Wiz: Except, Wally has broken fate a few times himself, the best example being

when he ran to the end of reality and forced the concept of death itself to die.

Could somebody please debunk each point one at a time.

Hey, I've been browsing around this wiki, and I can't help but notice that a number of characters have their height given in a unit of measurement known as a "mark". Just how do these compare to ordinary inches and centimeters, really?

The idea of a Sonic robot turning good sounds interesting on paper, and I don't mind it happening with minor Sonic robots like Silver Sonic 2.0, but did they have to make a redemption arc for the one supposedly from Sonic CD? It couldn't have been a defective model or something? There were so many Metal Sonics to choose from, and they picked the most iconic. I just have no idea why they did this to the OG Metal Sonic.

This is like a slower ssn. Sonic news network

Why do we say "Mobian/Animal" instead of "Mobian animal"? Or is that how the writers intended it to be presented?

The only time I see any of these comics anymore is in Wal-marts, when an issue or five (hundred) don't sell. Unfortunately it's always the same issue: 14, from Sonic Super Digest.

Is there anywhere where these comics can be either read online or bought?

It's too bad there isn't a comment section, so I could comment on how cute she is. Seriously, Hope is adorable! 😁

I was curious I wanted to see what it was

I don't care what Ian Flynn says, they can't all be the same species! It seems more like a classification term, as a lot of the characters are still referred to by their respective animal species. And you can't tell me they're ethnic groups, because nobody calls me "Parker the White boy".

Do we really need this wiki? I mean we have the Sonic News Network. All the Archie comics ever did was introduce the biological problems of what Mobians are. I only use it to distinguish them from other cartoon styles, or other potential species of hedgehog, fox, echidna, etc. Besides, there's a Mobius in Marvel too.

I know that the master emerald can cancel out the 7 chaos emeralds and vise versa but can any other things cancel out those two things.

Is it mobini or mobinis? Also, non sapient creatures are self aware too! There's a difference between sapience and sentience, you know. But wait, you said "highly intellectual" I guess as in "smarter than they seemingly would be" I'm sorry, I get upset when people say animals are mindless meat logs, or something.

Shouldn't it still be called "Mobius" since the inhabitants are called "Mobians" and not "Sonic's Worlders"? I'm just saying.

I don't know about you guys, but I find King Puff adorable! Same with Coral (who it's come to my attention doesn't have "Mobian" as part of her species)